Food security and agricultural and food policy in the EU 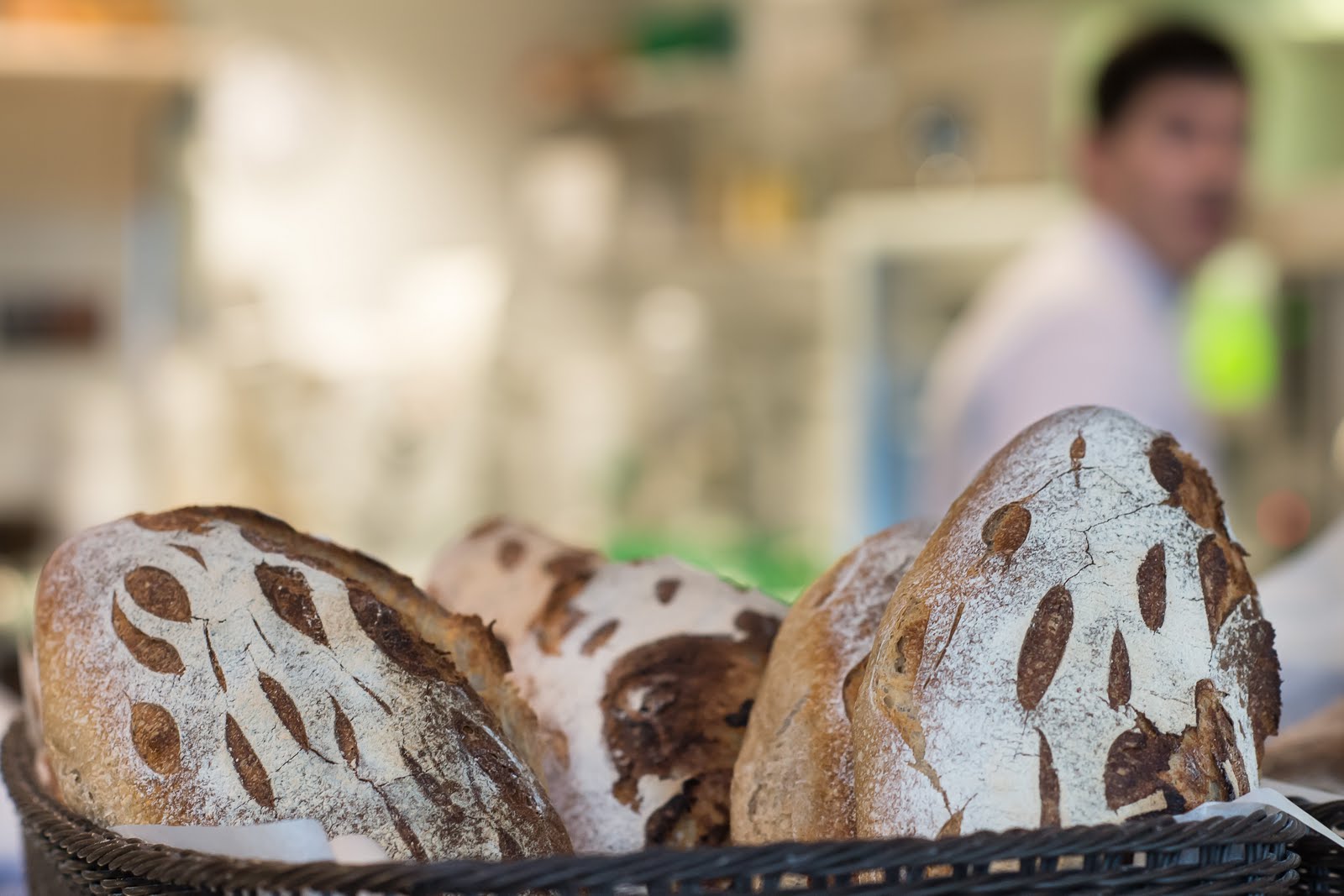 The sustainability of our food and agriculture systems is an enormous challenge facing the planet and humanity. Currently an estimated 821 million people worldwide are undernourished, and two billion adults are overweight or obese.​*​ Moreover, food production is a major contributor to rising global temperatures and the loss of biodiversity and ecosystem services, which jeopardises long-term food security.​†​ In the EU, the urgency of confronting many of these challenges is set out in the European Green Deal​‡​, an ambitious statement of intent from the European Commission, published in December 2019, for the EU to become the first climate-neutral continent by 2050 (Figure 1). To achieve this, it sets out a series of actions to green the economy and address the climate and environmental-related challenges facing different sectors across the EU. As part of the Green Deal the Commission is set to publish a Farm to Fork Strategy to inform the direction of travel of the CAP post-2020 and other policies related to food and farming. This is part of the efforts being made to formulate a more sustainable food policy at the EU level.

The aim of this briefing is to examine the multi-dimensional nature of food security and the need for a wider discourse on the underlying sustainability challenges for food security in an EU context, which are often missing from the debate.

The briefing starts by exploring the concept of food security from the perspective of the EU. This is followed by a look at some sustainability dimensions of EU food production, their implications for long-term food security and the role the CAP has played as the EU’s main policy influencing the development of its food and farming systems. The briefing concludes with some reflections on the importance of taking a wider sustainability perspective on the EU’s role in domestic and global food security within the reform of the CAP post-2020 and the forthcoming Farm to Fork Strategy.

Use of the term food security in an EU policy context

Food security is often referred to in discussions on the development of food and farming policies both at the EU and international level. The most recent global definition of food security was adopted at the World Food Summit (WFS) of 1996 and reaffirmed at the last WFS in 2009 which states that:

“Food security exists when all people at all times have physical, [social] and economic access to sufficient, safe and nutritious food to meet their dietary needs and food preferences for an active and healthy life.”

It recognises four dimensions of food security as follows:

For food security to exist these four dimensions should be sufficiently present.​§​

The definition of food security, however, does not explicitly highlight the sustainability dimension of food production, although it is inherent in terms of ensuring the ‘stability’ of our food supply in the long-term. The absence of this explicit recognition could be one of the reasons why sustainability does not get the focus it requires in the debates surrounding food security.

In EU policy-making the concept of food security has been widely used to legitimise agricultural and food policy choices, notably under the Common Agriculture Policy (CAP). However, the term can have different meanings and understandings amongst stakeholder groups and policymakers.​¶​ Due to the ill-defined nature of food security in an EU context the relationship between the CAP and food security is hotly contested amongst different stakeholders and policymakers. While many discourses are used to justify the development of the CAP in this respect two narratives are particularly evident.​#​ On the one hand a ‘productivist’ narrative argues that the CAP should be used to stimulate agricultural production and increase productivity for the purpose of increasing food availability. Under this trajectory food security is often cited as a kind of public good to secure Europe’s food supply and contribute to global food production. This is despite the production of food clearly being a private good.​**​ Where this narrative considers environmental and climate issues, these are all too often seen as constraints to production rather than opportunities to secure the long-term capacity of the land to produce food.

On the other hand ‘environmental’ or ‘public goods’ narratives are used to highlight the long-term sustainability benefits of farming systems in which the provision of economic, social and environmental goods and services go hand in hand. This line of thinking argues that sustainable farming systems are an essential precondition for food security and for safeguarding Europe’s productive capacity in the long-term.

Both narratives have influenced successive reforms of the CAP to varying degrees. However, to date there has been limited success in reconciling these contested narratives, despite the potential to reconcile the underlying drivers of both. This has resulted in a policy that lacks a clear direction of travel in relation to its response to food security. For instance, the results of the 2013 CAP reform show that while there is greater recognition of the environmental and climate challenges facing the EU agricultural sector, these concerns are not at the heart of the policy, given the continuing dominance of direct payments which provide largely untargeted income support to farmers.​††​ While a similar picture is evident in the post-2020 CAP reform, greater attention has started to be given to a ‘food sustainability’ narrative that has emerged in recent years, calling for greater focus on sustainable food consumption as well as production.​‡‡​ The failure to reconcile these contested narratives also has significant implications for how the forthcoming Farm to Fork Strategy and subsequent stakeholder debates might pave the way for the EU to formulate a more sustainable food policy for the future. A brief overview of how food security has been used to influence the policy design of the CAP is set out in Box 1.

Box 1: The relationship between the CAP and Food Security

In the EU, the concept of food security has significantly influenced the development of the CAP. Originally conceived in the post-second world war period to enhance European food security, the policy’s founding aims included objectives to increase agricultural productivity, ensure a fair standard of living for farmers, stable markets, and ensure the availability of supplies at reasonable prices for consumers. While these formal objectives remain relevant they often not considered from the perspective of sustainable development despite it being a fundamental objective of the EU (EU, 2012). Nevertheless, the CAP has continued to evolve overtime. Successive reforms particularly since the mid-1990s have sought to (Hill, 2015):

The most recent reforms of the CAP continue to make reference to the relationship between the CAP and food security to justify and elicit public support for the policy. In the Commission’s 2010 CAP Communication (European Commission, 2010), food security was explicitly identified as a key challenge that the reform must respond to in order to confront food security concerns at EU and international level. This followed a global spike in food prices in 2007 and 2008. A combination of ‘productivist’ and ‘public goods’ narratives are invoked, with the Communication highlighting the importance of maintaining and improving the EU’s productive capacity in order to not only contribute to global food demand, but also to respond to EU citizens’ demands for high quality and a wide choice of food products. While the Communication highlighted enhancing the competitiveness and productivity of the EU agriculture sector as a key priority to respond to challenges and opportunities of trade liberalisation it also made reference to the need to shift towards sustainable production practices with an emphasis on the provision of environmental public goods and the need to pursue climate change mitigation. Both these narratives are employed as a means of setting the agenda of the reform with terminology often open to different interpretations. For example, Europe’s productive capacity may be interpreted in the ‘productivist’ narrative as focusing solely on the need to produce more food, whereas under the ‘public goods’ narrative it concerns the need to ensure the long-term sustainability of EU farmland to produce food and other goods and services.

A similar dynamic is also evident in the reform of the CAP for the post 2020 period, although here the Commission’s 2017 CAP Communication (European Commission, 2017) clearly identifies climate change and constraints on natural resources as driving food security challenges. How the priority to increase the environmental and climate ambition of the CAP is embedded into approaches that address the more dominant focus on supporting EU food production is less clear. In this respect it recalls that the EU agricultural sector ensures food security for over 500 million EU citizens and is a leading producer of food globally. A primarily ‘productivist’ narrative is evident in terms of the reference to the importance of further trade liberalisation and the integration of different sectors into global value chains. Here the focus is on responding to the dietary demands of a growing middle-class worldwide, through increased exports. At the same time greater emphasis is also given to addressing societal concerns regarding the sustainability of agricultural production. Moreover, the role of the CAP in improving the accessibility, variety and affordability of food amongst EU citizens is also highlighted. This appears to reflect to some extent the growing recognition of ‘food sustainability’ narratives.