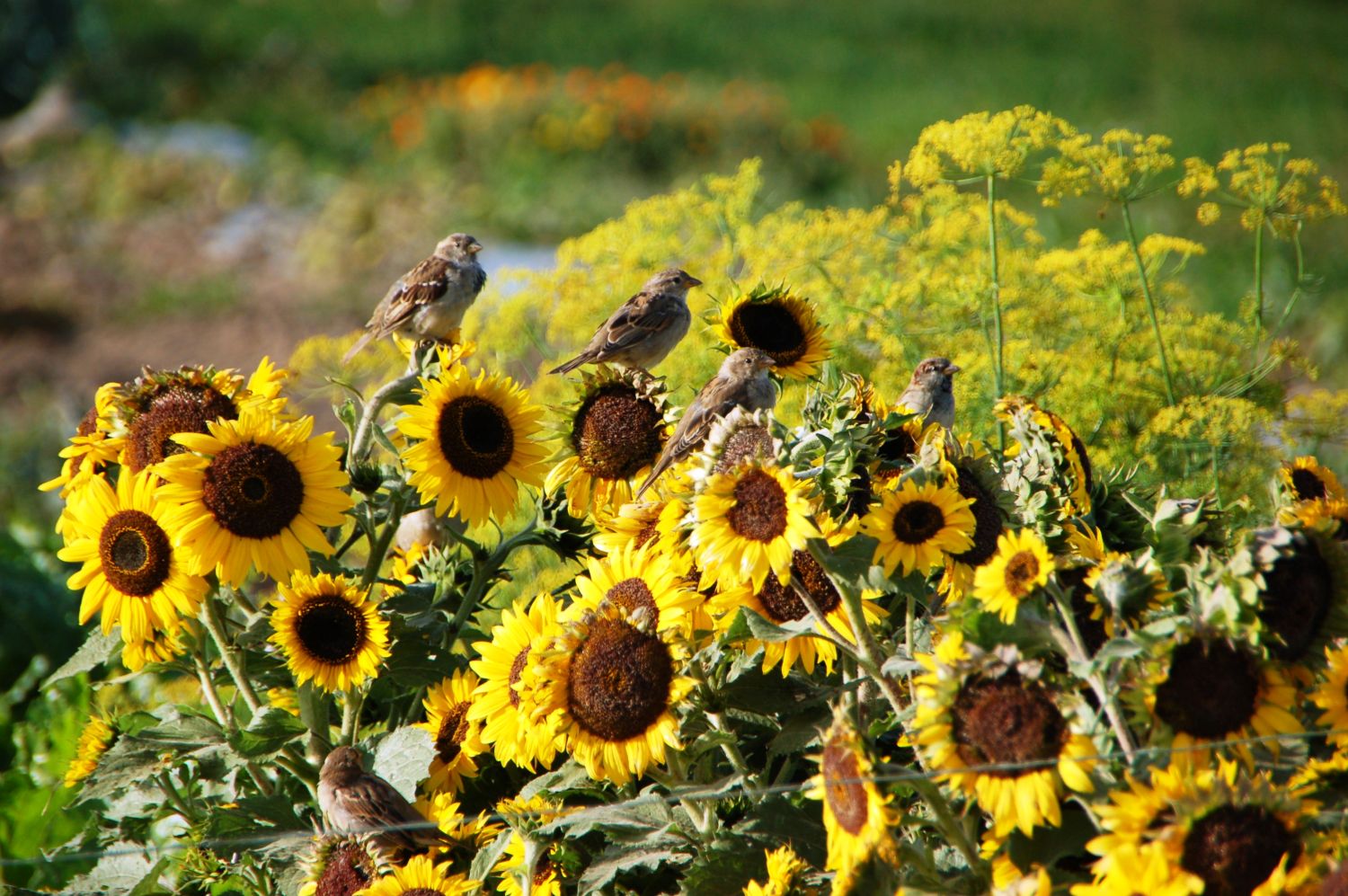 The EU Green Deal, together with the Farm to Fork and Biodiversity Strategies, have placed significant emphasis on securing European biodiversity and climate goals. The contribution of organic farming to these aims has been recognised by the 25% target for organic land area in Europe by 2030. An expansion of organic farming would not only contribute to this specific target, but also to others, including the reduction in pesticide, fertiliser and antibiotic use specified in the Farm to Fork Strategy, as well as to nature restoration, pollinator and other targets in the Biodiversity Strategy.

The EU’s Biodiversity Strategy 2030, published in May 2020, aims to protect and enhance biodiversity in agricultural and non-agricultural contexts, with a focus on:

The Biodiversity Strategy recognises that while some biodiversity goals may be best met by nature restoration excluding agriculture, farming has a key role to play in a European context where agriculture and biodiversity are closely integrated. The debate over land sparing or land sharing approaches continues, but while it is clear that some species require no or very limited agricultural activity for their survival, others have thrived in the context of co-existence with agricultural activities. A land sparing model, with further intensification of agricultural activity on some land, is likely to cause further damage to these farming-adapted species. A land-sharing approach, including the use of lower-intensity systems such as organic farming, may be better able to continue support the farmland biodiversity that has evolved over centuries of co-existence. The inclusion of organic farming as a target in the Strategy reflects this, but while organic farming is targeted specifically, it can also contribute to reducing nutrient losses to water courses, reducing pesticide use, and encouraging the planting of trees in the context of agroforestry.

There is an action relating to genetic biodiversity and the role of specialist seed breeding and yield enhancement in organic production. There is also an important commitment to 30% of future EU agricultural research funding being focused on topics directly related to or relevant to organic farming, which could potentially include questions relating to biodiversity enhancement.

The EU action plan calls for all member states to develop national action plans with area targets. This should be linked to agri-environmental and information actions with a specific biodiversity focus as part of the CAP Strategic Plans and Rural Development Programmes.

In addition to the nearly 30-year-old agri-environment measures, the new CAP foresees the introduction of Eco-schemes in Pillar 1, which have significant potential to support organic farming and other environmentally friendly farming systems (see Lampkin et al., 2020). The EU Commission is also enthusiastic about the potential for organic farming to be supported via Eco-schemes, but in its guidance to Member States on the implementation of Eco-schemes​*​ it failed to recognise the contribution of organic farming to biodiversity, potentially inhibiting MS engagement, despite the extensive research and practical evidence outlined in this report, and the inclusion of organic farming in the Biodiversity Strategy. At the same time, individual agroecological practices such as mechanical weed control, mixed cropping, cover crops between perennial crop rows and mixed species grassland, which are also part of organic farming, were credited with biodiversity benefits.

As this review has indicated, compliance with organic regulations already delivers biodiversity benefits due to the substantially reduced use of fertilisers and pesticides, as well as the changes in rotations, timing of cultivation and other practices that are used to accommodate this.

There are many opportunities to build synergistically on this baseline through initiatives by individual organic farmers and groups of farmers. This is entirely consistent with organic principles, and with the aspirations of most organic farmers. They can be supported in delivering these benefits through well designed Eco-schemes and Agri-environment/Climate options in the new MS CAP Strategic Plans.

Eco-schemes offer some Member States the possibility to shift funding for organic farming from Pillar 2 to Pillar 1, which is 100% EU funded. This can help address budgetary problems where organic farming is taking up a high and increasing share of rural development funding, with the associated co-financing commitments. Compared with other Eco-scheme options, the likely demand, at least for maintenance payments, is known.

Other Member States may prefer to retain organic support in Pillar 2 in order to maintain close links with other agri-environment options, or because they have a history of supporting organic farming through a combination of EU and national funding. Concerns have been raised that the annual agreement basis for Eco-schemes is too short term for organic farming. This may be true for the conversion process, which involves system restructuring and learning processes over several years, where the longer term agreements (5-7 years) typically available under Pillar 2 may be relevant. However, maintenance agreements could be managed on an annual basis in line with support for farming in general, which is also a long-term business commitment. For some farmers concerned about future market prospects and the need to repay rural development support if they are forced to quit organic farming early, an annual agreement approach could actually help build confidence.

In some cases, Member States may opt for Eco-schemes that are more generally defined so that both organic and non-organic farmers are eligible. Organic farmers may have prioritised access, or be able to qualify more easily because they have already adopted relevant practices. Organic Denmark has proposed a Sustainability Eco-scheme, focused on Climate and Biodiversity, which would be open to all farms on this basis. For Biodiversity, this would include a field eco-space index reflecting the initial structure and type of farm, including crop diversity on arable land and minimum areas of permanent grassland and landscape features, with additional points relating to cropping, tillage and input use.

This generic Eco-scheme approach has the advantage that the direct payments previously received continue to be available to all farmers, rather than one group of farmers benefiting at the expense of another, and permitting a continued focus on specific agri-environmental enhancement of organic farming in Pillar 2. Conversely, proposals such as in Germany for Eco-schemes that organic farmers would not be eligible to access would mean reduced direct payment support for the organic sector, offsetting the benefit of any Pillar 2 payments that may be available.

Conditionality replaces elements of Greening and Cross-compliance in the new CAP. The key elements from the original Commission proposal are summarised in Lampkin et al. (2020) and cover Statutory Management Requirements (SMR) and Good and Agricultural and Environmental Condition (GAEC). Although overall agreement on the new CAP was reached in June 2021, the Conditionality clauses were still under negotiation at the time of publication of this report. The requirements most relevant to biodiversity include:

In general, organic farming is well placed to meet the new Conditionality requirements, but individual farms need to take care that they do not just rely on being organic but are also meeting the minimum standards required for all farmers. Continuing exemptions for organic farmers from the Greening requirements now incorporated in Conditionality could be interpreted negatively by some, because these requirements – e.g., GAEC 9 – are not specified directly in organic regulations, even if organic farmers are normally delivering much more than the basic requirement in practice.

The EU has set an ambitious target for the expansion of organic farming to 25% of agricultural land area by 2030 as part of its Farm to Fork and Biodiversity Strategies intended to deliver on the Green Deal. Achieving this will also contribute to the pesticide, fertiliser and antibiotic reduction targets, and to the nature restoration target.

The new CAP for the period to 2027 places the responsibility on Member States to develop agricultural and agri-environmental policy measures to meet specified objectives.

The Commission’s expectation is that organic farming will feature strongly in this process – the EU organic action plan envisages that every MS will set a national target for organic farming and develop a strategic plan to achieve this. However, IFOAM Organic Europe (2021) suggests that funding for organic farming support through the new Eco-schemes as well as traditional Agri-Environment Climate measures may need to increase 3-5 fold (10 fold in some countries) to deliver the 25% land area target.

While many policy options to enhance organic farming’s biodiversity benefits would have been possible under previous rural development programmes, it is clear that insufficient use has been made of the opportunities and, in some cases, there have been policy constraints imposed that have actively discouraged building more biodiversity benefits on the base that organic farming provides.

To address these issues, Member States should:

Looking forward, there is a need to reflect on the mechanisms for rewarding the delivery of environmental benefits by farmers. While the income foregone model required under WTO agreements is intended to avoid market distortion by only compensating for income losses and additional costs of agri-environmental measures, this approach provides no additional incentive to adopt more environmental approaches and may overcompensate some farmers while undercompensating others​†​. The focus of this approach is more on inputs and practices than on actual environmental outputs delivered, which is understandable from an auditing and control perspective. For organic farming, in most cases, the payments are constant per hectare at least on a regional basis, so that individual farmers who do more for the environment may only get the same support as those who do the absolute minimum. The public money for public goods principle, with a stronger emphasis on actual results, appears to be highly relevant, although the challenges of implementing such schemes with acceptable administrative burdens and transaction costs should not be underestimated. Research is currently in progress at the Thünen Institute in Germany to develop an approach for remunerating the additional environmental services provided by individual organic farmers, so that those who do more can be recognised for this​‡​. The intention is that pilot schemes using this approach might be implemented in some German Länder from 2023/2024.

If all these issues can be addressed, then the potential for organic farming to deliver even more for biodiversity, and to make a major contribution to the EU’s Biodiversity Strategy, is significant and worthwhile.